Events, Speakers and Trips around Marlott


About Us    Become a Member  Events

Welcome to the Marlott Cultural Society!

This is the text for a demonstration front page for My Society Website.

Anyone who knows the login ID can change this text. It's as easy as writing an email.

The text can be formatted a number of ways. You can write parts in bold to add emphasis. Italics are also available.

You might have a paragraph that you want highlighted.
With one click, it can be displayed like this, with a vertical bar running down the left.
To get this, highlight the text in the editor and press the 'quotes' icon.

Finally, you can add links. For example, if you have an application form for an event, you can encourage people to download the form.

Here is a document that could be the latest newsletter. It's actually just a sample document. You can upload documents to the website very easily.

Remember: you don't need to be an IT genius to be able to update your website. If you know how to send an email, or perhaps write a letter on your computer, then you have all the skills you need!

Lecture on the Holy Roman Empire

he Holy Roman Empire (Latin: Sacrum Romanum Imperium; German: Heiliges Römisches Reich) was a multi-ethnic complex of territories in Western and Central Europe that developed during the Early Middle Ages and continued until its dissolution in 1806 during the Napoleonic Wars. The largest territory of the empire after 962 was the Kingdom of Germany, though it also came to include the neighboring Kingdom of Bohemia, the Kingdom of Burgundy, the Kingdom of Italy, and numerous other territories.

On 25 December 800, Pope Leo III crowned the Frankish king Charlemagne as Emperor, reviving the title in Western Europe, more than three centuries after the fall of the earlier ancient Western Roman Empire in 476. The title continued in the Carolingian family until 888 and from 896 to 899, after which it was contested by the rulers of Italy in a series of civil wars until the death of the last Italian claimant, Berengar I, in 924. The title was revived again in 962 when Otto I was crowned emperor, fashioning himself as the successor of Charlemagne and beginning a continuous existence of the empire for over eight centuries. Some historians refer to the coronation of Charlemagne as the origin of the empire, while others prefer the coronation of Otto I as its beginning. Scholars generally concur, however, in relating an evolution of the institutions and principles constituting the empire, describing a gradual assumption of the imperial title and role.

The exact term 'Holy Roman Empire' was not used until the 13th century, but the concept of translatio imperii, the notion that he—the sovereign ruler—held supreme power inherited from the ancient emperors of Rome, was fundamental to the prestige of the emperor. The office of Holy Roman Emperor was traditionally elective, although frequently controlled by dynasties. The mostly German prince-electors, the highest-ranking noblemen of the empire, usually elected one of their peers as 'King of the Romans', and he would later be crowned emperor by the Pope; the tradition of papal coronations was discontinued in the 16th century.

Sanssouci - An Illustrated Talk with Wine

Click here to see details of all future events.


The Latest from our Blog 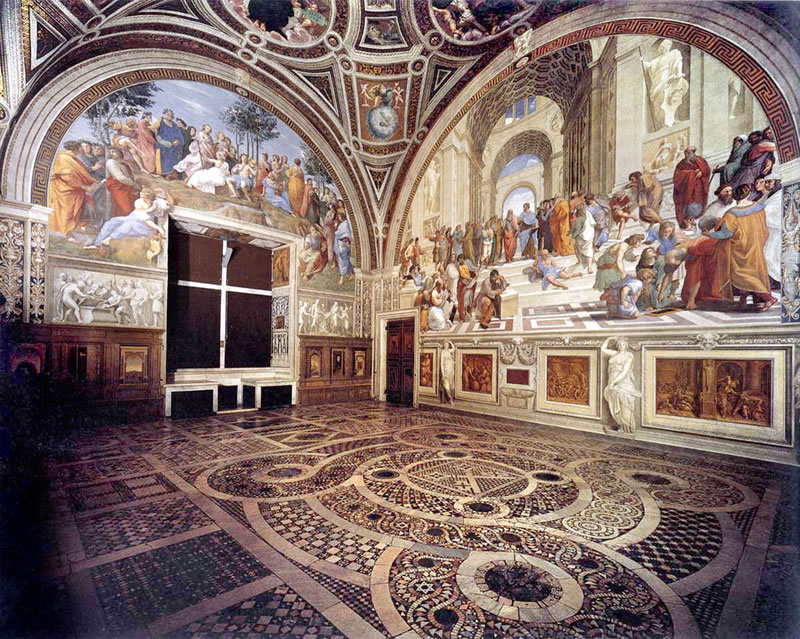 Trulli, Puglia, Italy. The Cosmatesque style takes its name from the family of the Cosmati, which flourished in Rome during the twelfth and thirteenth centuries and practiced the art of mosaic. The Cosmati work has this peculiarity, that it is a glass mosaic used in combination with marble. At times it is inlaid on the white marble architraves of doors, on the friezes of cloisters, the flutings of columns, and on sepulchralmonuments. Again, it frames panels, of porphyry or other marbles, on pulpits, episcopal chairs, screens, etc., or is itself used as a panel. The color is brilliant — gold tesserae being freely used. While more frequent in Rome than elsewhere, its use is not confined to that city. Among other places it is found in the Cappella Palatina in Palermo